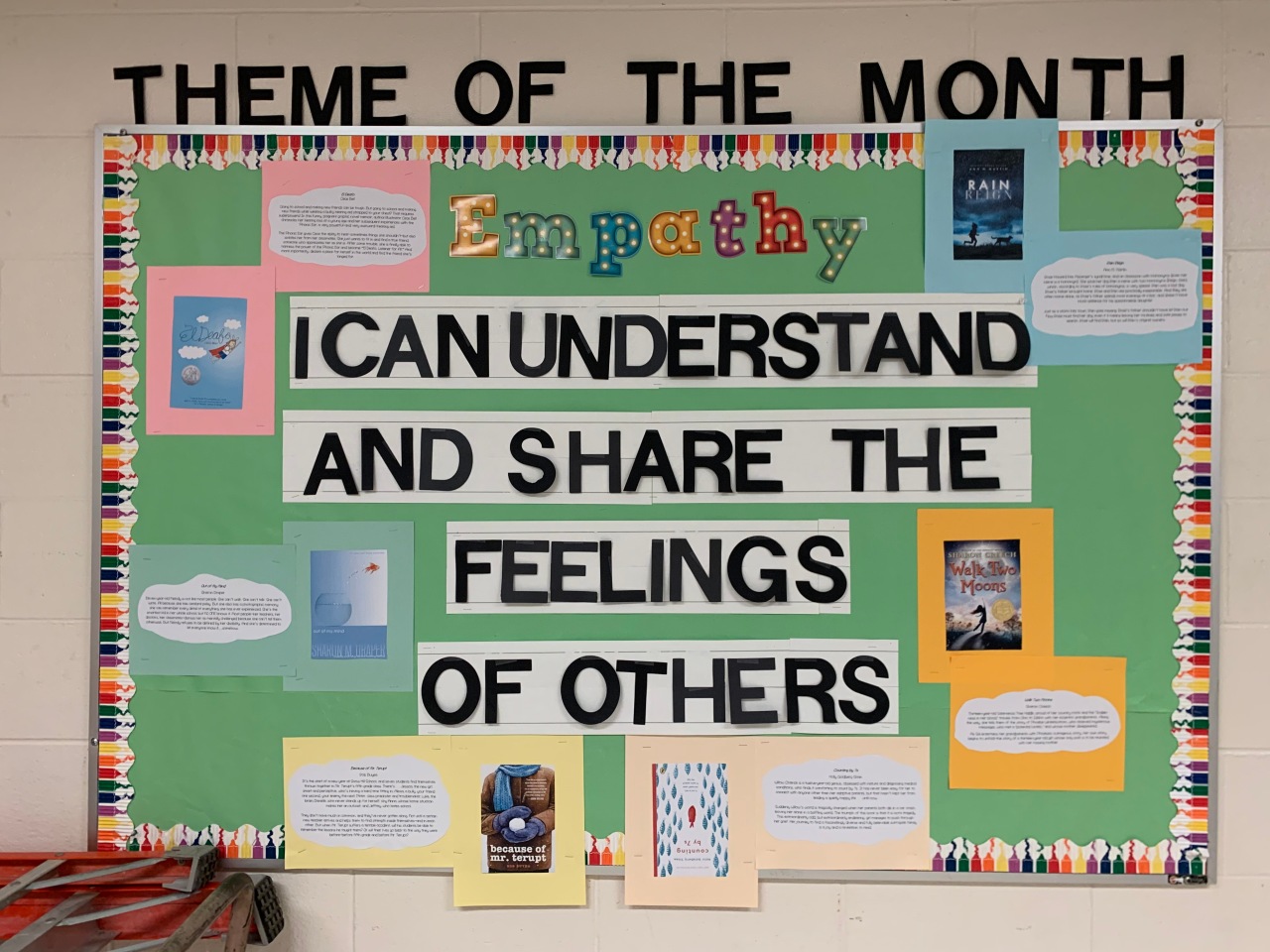 I know I’m a little behind here. Big stuff happened these last two weeks! I am officially finished with my MLIS program at Dominican University! The last 2.5 years have been wrapped up tightly with little room to breathe… Now, I’m taking long, deep, cleansing breaths… Remember what it feels like to not have the crushing weight of homework looming overhead.

I also attended a What’s New in School Libraries conference and it blew my mind. I’ve got to figure out how to make my library working in different ways for the kids. One step at a time… I know… I’m just trying to figure out the “What’s Next” for me.

As for the here and now, I’d like to share last month’s Theme: Empathy. Being able to understand and share in the feelings of others is difficult to procure nowadays. Children (and adults) really need to understand that the world is bigger than just them. The “It doesn’t have anything to do with me” mindset doesn’t build communities or create empathy. Making fun, teasing, bullying, all these things tear people down. Not one single person knows what anyone else is truly struggling with.

I asked students to raise their hands if they wrestled with things they don’t talk to people about… About half raised their hands. Sheepish. Everyone looked around. That popular kid, his hand was up. That nerdy girl that reads a lot? Her hand went up.

A couple years ago, a different group of kids and I had a peace circle and we talked about some personal battles- we’d created quite a trusting circle and I was always vulnerable in it, to show them that even adults don’t have it all together (as if they didn’t know that, already). My grandmother had just passed and all of my nerves were tender and aching for my father and our family. Knowing that my own parents are next lingers in the not so distant back of my mind. Well, it turned out that two kids just found out that family members were diagnosed with cancer, another kid was coming up on the anniversary of a death in the family, and other birds of sorrow hung around our collective heads. The lesson: Be kind. It doesn’t take anything away from anyone to be nice to people. It puts people’s hearts back together.

So, this month’s theme is important- I’d keep it up all year if I could. All book summaries come from Amazon. 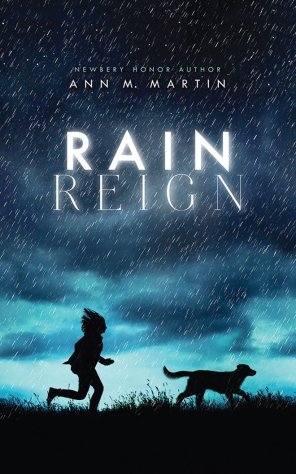 Rose Howard is obsessed with homonyms. She’s thrilled that her own name is a homonym, and she purposely gave her dog Rain a name with two homonyms (Reign, Rein), which, according to Rose’s rules of homonyms, is very special. Not everyone understands Rose’s obsessions, her rules, and the other things that make her different―not her teachers, not other kids, and not her single father.

When a storm hits their rural town, rivers overflow, the roads are flooded, and Rain goes missing. Rose’s father shouldn’t have let Rain out. Now Rose has to find her dog, even if it means leaving her routines and safe places to search. 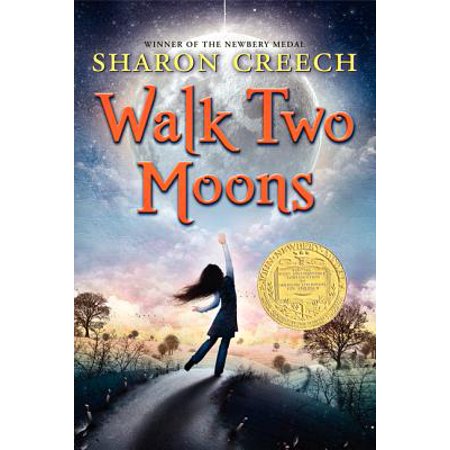 Thirteen-year-old Salamanca Tree Hiddle, proud of her country roots and the “Indian-ness in her blood,” travels from Ohio to Idaho with her eccentric grandparents. Along the way, she tells them of the story of Phoebe Winterbottom, who received mysterious messages, who met a “potential lunatic,” and whose mother disappeared. 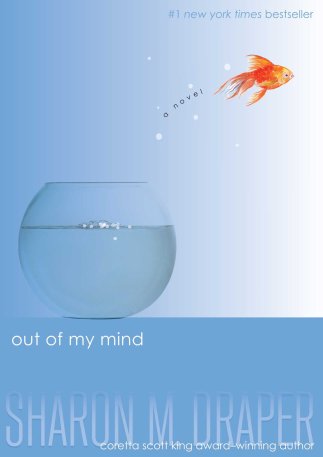 Out of My Mind- Sharon M. Draper

Eleven-year-old Melody is not like most people. She can’t walk. She can’t talk. She can’t write. All because she has cerebral palsy. But she also has a photographic memory; she can remember every detail of everything she has ever experienced. She’s the smartest kid in her whole school, but NO ONE knows it. Most people—her teachers, her doctors, her classmates—dismiss her as mentally challenged because she can’t tell them otherwise. But Melody refuses to be defined by her disability. And she’s determined to let everyone know it…somehow. 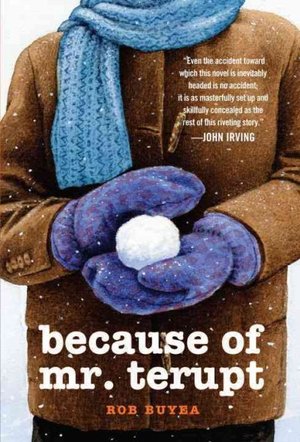 Because of Mr. Terupt- Rob Buyea

It’s the start of a new year at Snow Hill School, and seven students find themselves thrown together in Mr. Terupt’s fifth grade class. There’s . . . Jessica, the new girl, smart and perceptive, who’s having a hard time fitting in; Alexia, a bully, your friend one second, your enemy the next; Peter, class prankster and troublemaker; Luke, the brain; Danielle, who never stands up for herself; shy Anna, whose home situation makes her an outcast; and Jeffrey, who hates school.

They don’t have much in common, and they’ve never gotten along. Not until a certain new teacher arrives and helps them to find strength inside themselves—and in each other. But when Mr. Terupt suffers a terrible accident, will his students be able to remember the lessons he taught them? Or will their lives go back to the way they were before—before fifth grade and before Mr. Terupt? 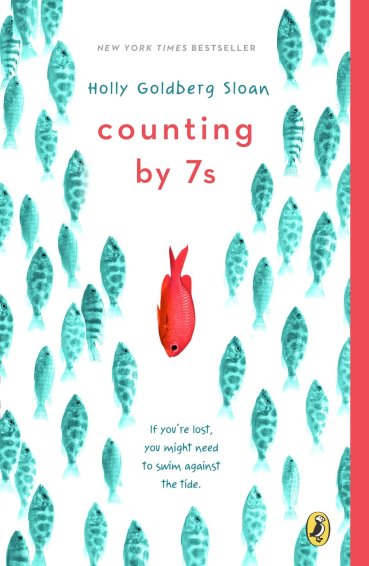 Willow Chance is a twelve-year-old genius, obsessed with nature and diagnosing medical conditions, who finds it comforting to count by 7s. It has never been easy for her to connect with anyone other than her adoptive parents, but that hasn’t kept her from leading a quietly happy life . . . until now.

Suddenly Willow’s world is tragically changed when her parents both die in a car crash, leaving her alone in a baffling world. The triumph of this book is that it is not a tragedy. This extraordinarily odd, but extraordinarily endearing, girl manages to push through her grief. Her journey to find a fascinatingly diverse and fully believable surrogate family is a joy and a revelation to read. 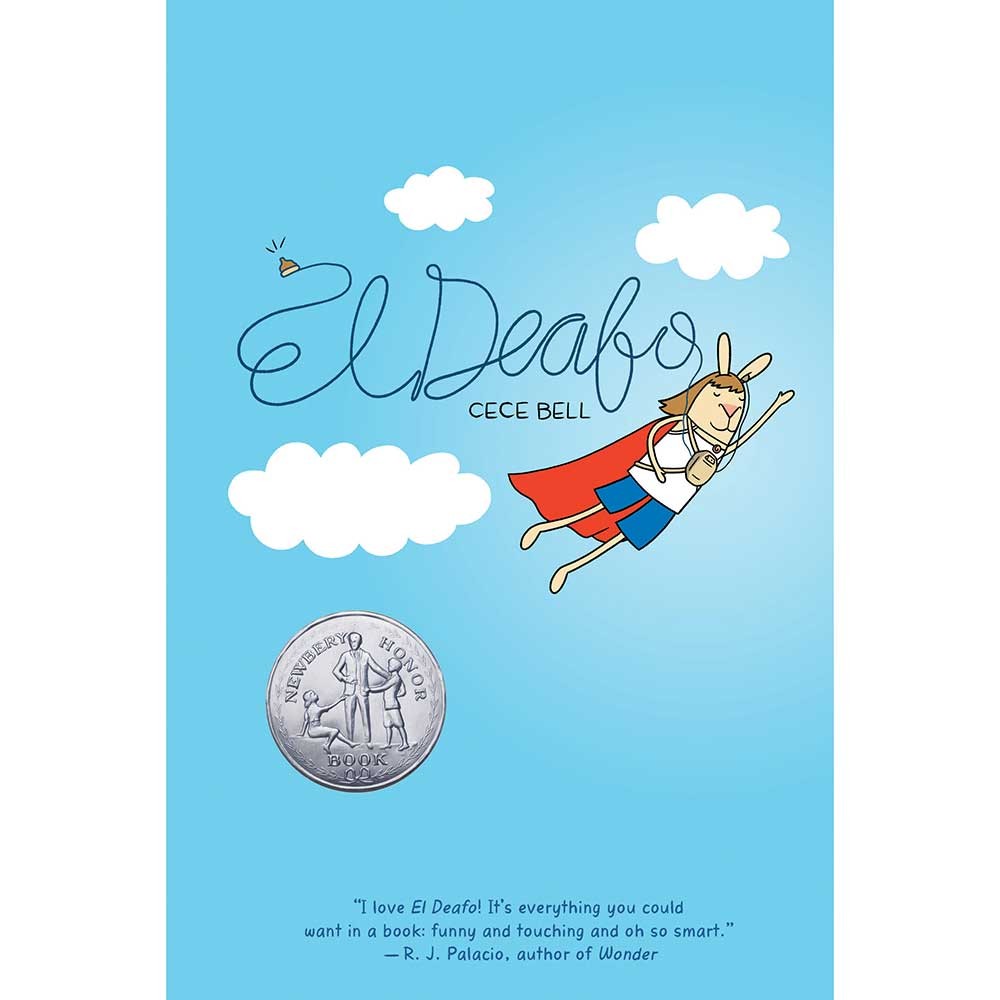 A 2015 Newbery Honor Book Going to school and making new friends can be tough. But going to school and making new friends while wearing a bulky hearing aid strapped to your chest? That requires superpowers! In this funny, poignant graphic novel memoir, author/illustrator Cece Bell chronicles her hearing loss at a young age and her subsequent experiences with the Phonic Ear, a very powerful—and very awkward—hearing aid.
The Phonic Ear gives Cece the ability to hear—sometimes things she shouldn’t—but also isolates her from her classmates. She really just wants to fit in and find a true friend, someone who appreciates her as she is. After some trouble, she is finally able to harness the power of the Phonic Ear and become “El Deafo, Listener for All.” And more importantly, declare a place for herself in the world and find the friend she’s longed for.