Friends, when I tell you that I have no idea where October went, I am not kidding. I realized I missed posting the month’s theme and the books that support it. I haven’t updated the website or processed any books. Wanna know why? I’ve been talking to kids about books, reading books, writing about books for class, and reading with my children.

So, I apologize for sharing my books with you! Here’s this month’s theme: Integrity. Doing what’s right even when no one is looking. Sometimes, that’s a scary thing for kids and adults. We know how to behave when we’re being watched. But, when everyone’s eyes are averted, are we brave enough to stand up for people being hurt? Are we confident enough to cut ties with people who only bring out the worst in us? Are we strong enough to tell a burning secret to someone who can help- even when you’ve sworn yourself to secrecy? Can we convince people to help do the right thing, even if that means those people may put themselves in harm’s way? Would we put ourselves in harm’s way for someone?

October’s books take a look at these very questions. All book summaries come from Amazon.

I Hadn’t Meant to Tell You This by Jacqueline Woodson:

Twelve-year-old Marie is a leader among the popular black girls in Chauncey, Ohio, a prosperous black suburb. She isn’t looking for a friend when Lena Bright, a white girl, appears in school. Yet they are drawn to each other because both have lost their mothers. And they know how to keep a secret. For Lena has a secret that is terrifying, and she’s desperate to protect herself and her younger sister from their father. Marie must decide whether she can help Lena by keeping her secret… or by telling it.

Running. That’s all Ghost (real name Castle Cranshaw) has ever known. But Ghost has been running for the wrong reasons—it all started with running away from his father, who, when Ghost was a very little boy, chased him and his mother through their apartment, then down the street, with a loaded gun, aiming to kill. Since then, Ghost has been the one causing problems—and running away from them—until he meets Coach, an ex-Olympic Medalist who sees something in Ghost: crazy natural talent. If Ghost can stay on track, literally and figuratively, he could be the best sprinter in the city. Can Ghost harness his raw talent for speed, or will his past finally catch up to him? 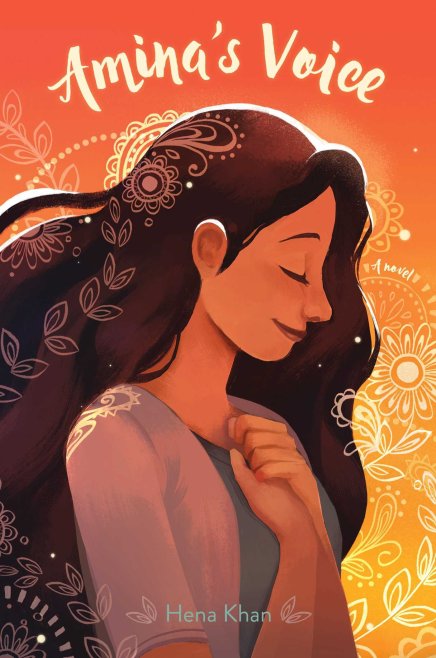 A Pakistani-American Muslim girl struggles to stay true to her family’s vibrant culture while simultaneously blending in at school after tragedy strikes her community in this “compassionate, timely novel” (Booklist, starred review) from the award-winning author of It’s Ramadan, Curious George and Golden Domes and Silver Lanterns.

Amina has never been comfortable in the spotlight. She is happy just hanging out with her best friend, Soojin. Except now that she’s in middle school everything feels different. Soojin is suddenly hanging out with Emily, one of the “cool” girls in the class, and even talking about changing her name to something more “American.” Does Amina need to start changing too? Or hiding who she is to fit in? While Amina grapples with these questions, she is devastated when her local mosque is vandalized.

Amina’s Voice brings to life the joys and challenges of a young Pakistani-American and highlights the many ways in which one girl’s voice can help bring a diverse community together to love and support each other.

Tight: Lately Bryan’s been feeling it in all kinds of ways. He knows what’s tight for him in a good way–reading comics, drawing superheroes, and hanging out with no drama. But drama’s hard to escape where he’s from, and that gets him wound up tight.

And now Bryan’s new friend Mike is challenging him to have fun in ways that are crazy risky. At first, it’s a rush following Mike, hopping turnstiles, subway surfing, and getting into all kinds of trouble. But Bryan never feels right acting wrong. So which way will he go when he understands that drama is so not his style? Fortunately his favorite comic heroes shed light on his dilemma, reminding him that he has power–the power to choose his friends and to stand up for what he believes is right . . . 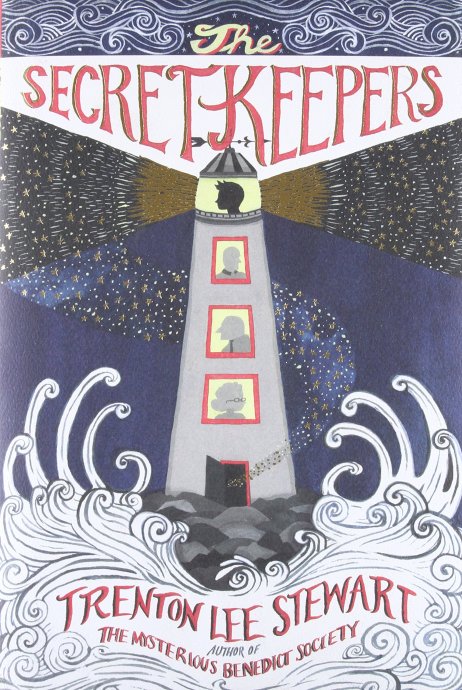 When Reuben discovers an extraordinary antique watch with a secret power, his life takes an intriguing turn. As one secret leads to another, Reuben finds himself torn between his honest nature and the lure to be a hero.

Now he is on a dangerous adventure–full of curious characters, treacherous traps, and hairsbreadth escapes–as he races to solve the mystery before it is too late. With fearless Penny, mighty Jack, and the wise Mrs. Genevieve on his side, can Reuben outwit a sly villain called The Smoke and save the city from a terrible fate?

In this ingeniously crafted novel, acclaimed author Trenton Lee Stewart invites readers to join the adventure, decipher the clues, and ask themselves the question: Is knowing a secret a gift or a curse?

The City of Ember by Jeanne DuPrau

The city of Ember was built as a last refuge for the human race. Two hundred years later, the great lamps that light the city are beginning to dim. When Lina finds part of an ancient message, she’s sure it holds a secret that will save the city. Now, she and her friend Doon must race to figure out the clues to keep the lights on. If they succeed, they will have to convince everyone to follow them into danger. But if they fail? The lights will burn out and the darkness will close in forever.